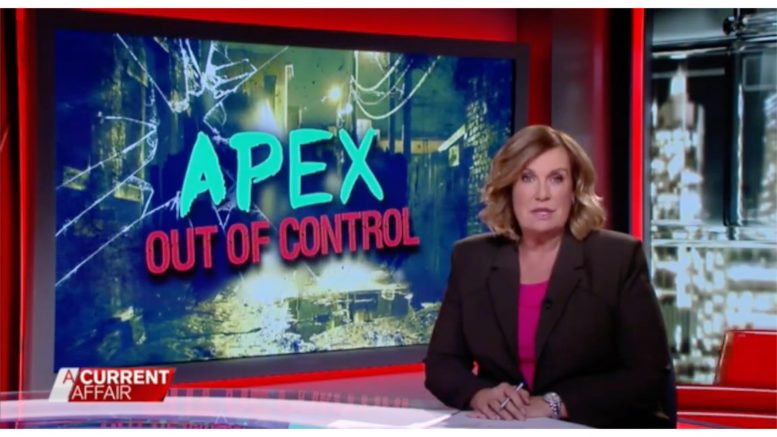 There’s no question that Melbourne is currently under siege. We’re currently experiencing an epidemic of carjackings and home invasions. Our crime rate has soared 12.4 per cent in a year with some neighbourhoods recording closer to 20 per cent.

So, who’s behind it and how do we take back our city? We’re living in fear of the Apex gang – the group being entirely blamed for the escalating violence in our city. Apex are undeniably dangerous, but they’re not a rogue group that sprang from nowhere. They’re the product of a deeper problem with our legal system.

I grew up on Melbourne streets. I was thrown out of home by my abusive parents and left to fend for myself from a very young age. I learnt very quickly that crime does pay.

Going through our system, I turned to petty crime to fund my growing heroin addiction. I reached a very dark place and am very lucky to have come out the other side alive. I can’t say the same for many of my acquaintances from that scary period of my life.

The system that thought it was doing the right thing by “protecting” me was only making the problem worse.

Living on Melbourne streets I quickly learned that the system tends to protect young thugs. I learned that pretty much every crime I would commit, I would be let off on a warning with some sort of probation order that was pretty much meaningless.

Our system did and does protect young criminals. In fact, it encourages criminals to reoffend with no repercussion. I’d broken every probation condition as a kid and kept reoffending because I felt invincible.

I can promise you that if I received a proper punishment the first time I stepped out of line, I would have never reoffended. And if I would have, at least the community would be better off with me no longer roaming the streets.

Today it’s even worse than when I grew up. Today the system is so much weaker with compounding issues.

Firstly, crime has risen yet police numbers have not grown to match it.

Secondly, our judicial system is a joke. Criminals – especially young ones- can offend and reoffend with total disregard to the community and the law with close to no risk of being brought to justice.

Finally, today civilians are scared to defend themselves. All too often we see victims on trial for standing up against criminals. Their only real crime was having the courage to fight back.

The only way we’ll ever be able to overcome this horrific spiral of escalating violence we find ourselves in, is to tackle these three main issues head on.

We need to see a “zero tolerance” policy similar to what former Mayor Rudy Giuliani brought in to fight crime in New York.

And finally we need to empower our community through changing our laws to protect the victims and by legalising non-lethal self defence options such as pepper spray.

Until these changes are made, we’re going to continue to be held captive, if not by Apex then by the next gang that develops because the system allows it to.