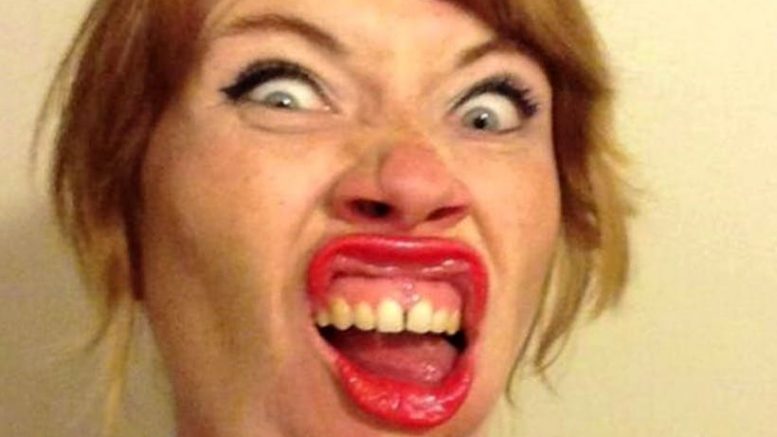 In a series of explosive tweets, Ford accused the now Nine-owned news organisation of being “dead”, accused its new managing director of being a Liberal Party stooge, spoke about having to “eat s*** every week” and dubbed PM Scott Morrison a “f***ing disgrace”.

Fairfax is dead. That’s a fact.

The 38-year-old, who worked for the company for seven years, concluded her diatribe with kiss emojis and the blunt farewell: “Bye Fairf***ed!”

The Wednesday night Twitter rant began with an out-of-the-blue message, in which Ford wrote: “Scott Morrison is a f***ing disgrace. Always has been, always will be.”

She continued: “Also, here’s some tea and I can spill it now that I have resigned from Fairfax: in September, they threatened to fire me because I had called transphobic Scott Morrison a ‘f***ing disgrace’ on Twitter and they said that new policy was we ‘didn’t disrespect the office of the PM’.

“I asked if it would be acceptable for me to call him ‘a disgrace’ instead and the person disciplining me said that they would need to check.”

Ford alleged that Nine Newspapers new boss James Chessell was “protecting the Liberal brand” given he was once an adviser to former Treasurer Joe Hockey.

“I am not the only writer who’s had pieces knocked back that were critical of other news sources’ practices and elevating of bigotry. The reason? ’We don’t criticise the competition’ And this too, which I heard consistently over the last year or 2: ‘When they go low, we go high’.

Ford accused the Prime Minister of engaging in “transphobia bulls***” and alleged she was reprimanded for disrespecting Mr Morrison.

“From what was translated to me, ffx were very concerned the Australian would write an article about it so needed to show some disciplinary action had been taken. Fine, give me 4 weeks paid leave, I said. Free $$$ woo!

“But on a more serious note (and as I said then), why are ffx allowing their policies to be dictated by a news source wholly unconnected with them? And why is the Prime Minister being protected from criticism by a supposedly independent news org?

“And you can say, well why didn’t you leave earlier? But the truth is, freelancers eat s**t for money for so long. We have no job security, no super, no sick pay, no leave and we learn to be grateful for what we get. Which ain’t much.”

Ford also detailed her “s***ty salary” and “s***ty work conditions” and said she would rather take the risk of “not making rent next month just to not eat their s*** again”.

This morning, she added to the series of tweets saying that she expected “at some point a line will be trotted out how I was ‘difficult’.”

But Ford insisted she was “a loyal and committed contributor”.

Nine completed its takeover of the Sydney Morning Herald, The Age and other Fairfax assets last year as part of a $4 billion deal.

“Clementine Ford has been a contributor for The Sydney Morning Herald and The Age for the past seven years and we thank her for her work over that time.”