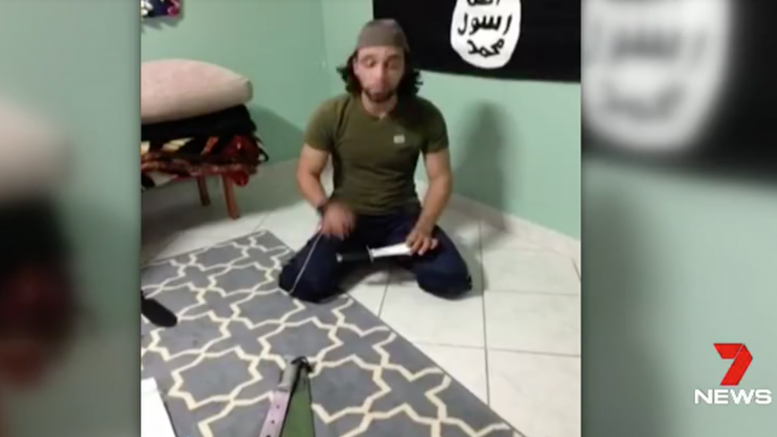 David Leyonhjelm was thrown under the bus when he dubbed Australia a “nation of victims” back in December 2014, after Man Monis held  Sydney to a standstill with an illegal firearm (but he was “licenced” according to Tony Jones). Given the continuing chaos in Europe and rampant violent crime in Australian major cities and the horrific most recent example, I would say his detractors should be up for another serve of humble pie.

ISIS made overt threats to Australia last week in a new message. And while this is not surprising it is interesting in a number of ways.

Initially, the political cynic in me says this was, in part, a distraction from other issues. The terrorism/fear card is always the go to ploy for politicians and the status quo when in trouble and there’s nothing wrong with believing that this is little more than such. After all, when you have a one seat lower house majority and a hostile senate, the unfolding scandals with donations on both sides of politics and real momentum for a banking royal commission which could bring a lot of naughty rich people undone, it’s enough for Malcolm Turnbull to be looking elsewhere to take the flame out from under his feet.

On the other hand, this is evidence based. Look at Europe. Case closed.

And then it didn’t take long for that point to be proven on our shores. A gruesome stabbing in Minto at the weekend was ruled a terrorist attack and again made a mockery of Australian firearm and self defence laws. This was also right after a man was gunned down in Western Sydney and a firearm wielding home invasion occurred in Brunswick, Melbourne on Friday. Only to be topped by another shooting in Broadmeadows yesterday.

What was interesting about the Minto attack was not so much the terrorism aspect, but the fact that an armed citizen with a plank of wood managed to ward off the knifeman until Police arrived and were able to subdue him. It’s no surprise that this part of the story was glossed over and swept aside, as armed citizens are always a real narrative crusher.

I await the charges on the good Samaritan and bans on star pickets.

As usual however, the Alannah and Madeline Foundation and the rest were nowhere to be seen on these incidents. They were too busy shilling for gun control after Fairfax’s latest article.

So, in the age of uncertainty, what can the average Australian do? Thanks to Howard’s laws and relevant state laws, not much.

So who will protect us? Is it Queensland Police who just admitted that both licenced firearm owners and Security Guards are far better trained than your average policeman? A fact that firearm owners have been eschewing for years, but has been deliberately cast aside in the sloganeering of more gun control? Will it be NSW Police and their performances in Hornsby and the Lindt Café? Or is it the undermanned Victoria Police who have been incessantly calling for more recruits, stations and funding while violent crime spirals out of control in Melbourne?

Or even the AFP, whose most recent Audit found that 7.1% of 3502 members did not possess adequate qualifications with their handguns? These are not criticisms of frontline police – these are unfortunate realities of their training and decisions made higher up.

The alternative is the Army. And while they are easily the most qualified to deal with incidents like these it does set a very dangerous precedent and open up a can of worms as far as freedoms are concerned. And I don’t want to live in a country where the military are on the streets 24/7. Hello Kim Jong Un.

A better idea perhaps, as evidenced by the gentleman in Minto at the weekend: How about training civilians to protect themselves when others cannot?

Avi Yemini came under fire from the leftist authoritarians at the Project recently, after he allowed their cameras to film his recently debuted firearm and tactical self-defence courses. The same Project from just two weeks ago when the normally socialist Henry Rollins left Waleed Aly reaching for his teleprompter after being schooled on gun control.  Yemini has previously had to deal with delusional authoritarian TV presenters, when he previously campaigned for the legalisation of pepper spray in Victoria a few months back on Weekend Sunrise.

The continued Australian mantra of waiting for the Police to come and save you is a meme that needs to die. Unfortunately, when you spend 35.4% of your federal budget on welfare, you create many different forms of social dependency – physical security is one of them. The poor gentleman that perished in Minto at the weekend was robbed of his right to practical self defence which is what John Howard’s laws did – they made the preparation of self defence illegal, forcing you to improvise against an assailant that has come prepared for an attack. How exactly is that a “safer Australia?”

The innocent man in Minto perished despite the efforts of an armed good samaritan. However, that armed good samaritan was the difference in saving more lives. Had he or the victim been licenced and trained to carry a firearm or any other force equalizer, the outcome may have been far more positive, just not for the bad guy – whom a multitude of bans, laws and rhetoric failed to stop.

And if he had taken one of Avi Yemini’s courses, I doubt the assailant would have even tried.

This article has been contributed by Firearm Owners United.