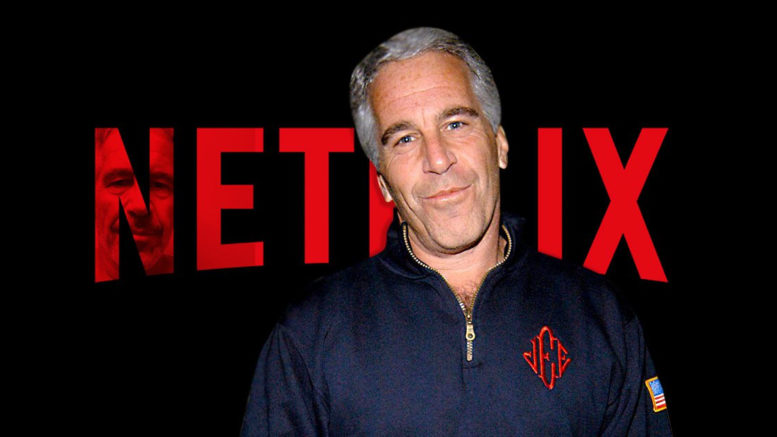 A new docu-series about the Epstein scandal has come out on Netflix. It reveals damning evidence against some very prominent individuals.

The series went to air on Wednesday and details many of Jeffrey Epstein’s crimes. It also recounts how Jeffrey used his money and connections to maintain a “sexual pyramid scheme”.

Many of these accounts revolve around Epstein’s private island. It has since been nicknamed ‘paedo island’ and is where underage girls were flown in from around the world. It’s also where Epstein’s high profile friends could secretly come and get in on the action.

Steve Scully was contracted to work on the island and appeared on the series. His testimony confirmed what many had already suspected. For example, he spotted Prince Andrews “grinding” on an underage “topless girl”. That victim turned out to be Virginia Giuffre who also appears on the series.

He also walked in on Clinton and Epstein hanging out. Clinton was known to have flown on Epstein’s private jet dozens of times.

The series also focuses attention on Epstein’s connection to Donald Trump. Despite the scrutiny, no witnesses have accused him in any way, and no evidence implicates him.

They still criticized for appointing Alexander Acosta to Secretary of Labor.

Acosta was the state prosecutor in Epsteins’s previous case and likely guilty of cutting a deal to save Epstein from jail time.

Leftist Media and their Complicitness

Left-wing magazine, Vanity Fair, were attacked for their role in covering for Epstein in a feature article nine years ago.

Vicky Ward wrote the piece and included an interview with two of his victims, Mary and Annie Farmer. However, the article released cut out the allegations entirely. The story read more like an ad for Jeffrey.

The final revelation of the series is regarding the suspicious death of Epstein. The official investigation ruled his death “suicide”.

However, a separate investigation concluded it was most likely a homicide.

Dr Cyril Wecht, a forensic pathologist, was part of that investigation. He appears on the show and explains how the neck fractures are more consistent with murder and not a suicide.