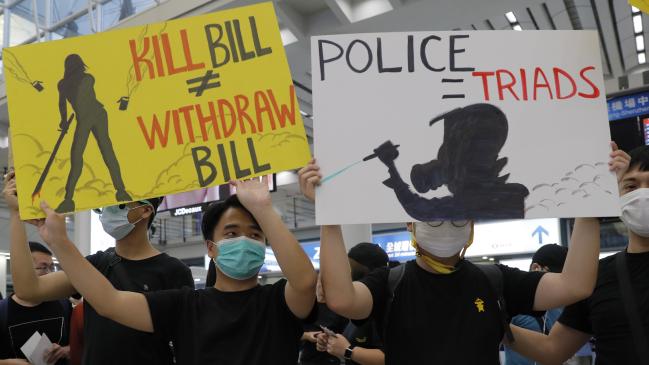 Hong Kong’s government say they are ‘prioritising’ a new bill which they expect to pass into law.

Lee is a Beijing-loyalist who forced her way onto the Legislative Council’s House Committee on Friday.

Hong Kong protesters vow to fight this ‘undemocratic’ law until the end with mass demonstrations planned.

This CCP supporter is the biggest COWARD in the world